- A ban has already been introduced in the other two regions, and a recent investigation also revealed the appalling conditions

The Fur Free Alliance (FFA), an international coalition of animal protection organisations has addressed a letter to Ben Weyts, the Flemish Minister of Animal Welfare, urging him to support the attitude of Belgian citizens and adopt a ban on fur farming.

According to one survey, 86% of Belgians said they believe that fur farming should not be allowed, regardless of the circumstances.

Joh Vinding, chairman of the FFA coalition, said: "Belgium is one of the European countries with the highest level of support for a ban on fur farming. A recent series of bans issued in the Walloon Region and the Brussels shows that Belgium is taking steps to reflect the public moral attitude of its citizens. I hope Flanders will follow the example and stand up for animal welfare by introducing an immediate ban on fur farming."

In Flanders, secretly filmed scenes of neglected and injured martens on one farm in Langemark were recently made public, which again bears witness to the fact that animals in captivity experience stress, suffering, and fear.

Nadine Lucas, spokeswoman for the Animals Rights organization, said that a petition was launched demanding that the farm be closed, and an appeal was made to the public prosecutor's office.

This recent case of animal abuse will certainly contribute to a faster ban on fur farming in Flanders. If this were to happen, Belgium would therefore join countries such as the United Kingdom, Austria, Slovenia, Croatia, Macedonia, Northern Ireland, and many others that have already introduced this praiseworthy provision indispensible for the protection of animals.

The Belgian example and that of other European countries shows the absurdity of the initiative to exempt chinchillas from the Croatian ban on fur farming, which are the only animals bred for fur in Croatia. In addition, only one fifth of breeders still practice the activity, and the ban was supported by more than 70 percent of Croatian citizens, the major political parties and the Government. 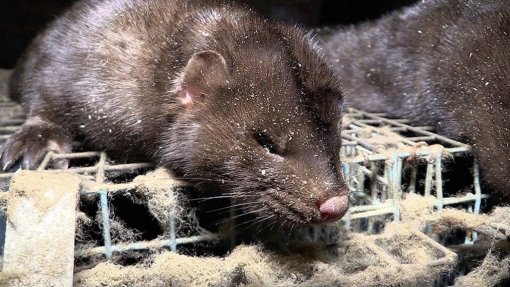