On the occasion of World Vegetarian Day (October 1) and World Animal Day for Farm Animals (October 2), Animal Friends invites everyone to decide on positive diet changes.

October 1, 2016 at 11 A.M., at the Zagreb central square, an Animal Friends activist will symbolically turn her body into a piece of meat on the grill to point out the sad reality hidden behind each piece of meat -- it's nothing but a sensitive part of the body of a living being reduced to a carcinogenic meal.

The performance is meant to vividly display that anyone's body is not for barbecue and that instead of animal arms, hips and legs we can eat plenty of delicious vegetable foods that are good for our health and the environment.

With its transformation into meat, the activist wants to remind us of the difficult position for females in the world of human and non-human animals, as well as in the meat and dairy industries, based on the abuse of the reproductive system of pigs, cows and chickens. They're forced to give more children, milk and eggs than their bodies can handle, and they're killed as soon as they cease to be sufficiently usable.

From 9 A.M. to 6. P.M., Animal Friends' activists at the intersection of Preradoviceva i Varsavska ulica at Europe movie theater will provide citizens with more information and share recipes of delicious vegan dishes.

World Vegetarian Day has been celebrated since October 1, 1977, and the entire month of October is known as Vegetarian Awareness Month. The last day of this symbolic cycle is November 1, known as World Vegan Day. The interesting fact is that more and more people recognize the necessity of excluding not only meat, but all other food of animal origins, in order to live completely without violence toward animals and the environment.

October 2 marks World Day for Farm Animals, drawing attention to the suffering of more than 60 billion cows, pigs, turkeys, chickens and other sentient animals on farms around the world. In collaboration with FARM (Farm Animal Rights Movement), Animal Friends invites everyone to see a short, synchronized film called "60 Billion Lives" and learn about the harsh everyday life of animals hidden behind the thick farm and slaughterhouse walls. The film is available on Animal Friends' YouTube channel: www.youtube.com/afcroatia.

The goal of the performance is to encourage compassion for animals who are being tortured and killed, indicating that the solution is surprisingly simple and within our reach. All that is needed is to join the growing population that chooses reduced consumptions of meat and views veganism as the ultimate goal.

If a vegan barbecue seems unusual and the transition to veganism difficult, join more than a thousand individuals who’ve signed up for the Vegan Challenge this year -- individuals who want to listen to their minds and hearts. Visit www.veganopolis.net and sign up to receive 30 interesting and free e-mails with recipes and useful information.

Let's start off this October with the knowledge that we all have equal parts of the body; that, as in us, blood flows through the veins of other animals as well; and that we all feel, and we all look forward to life. 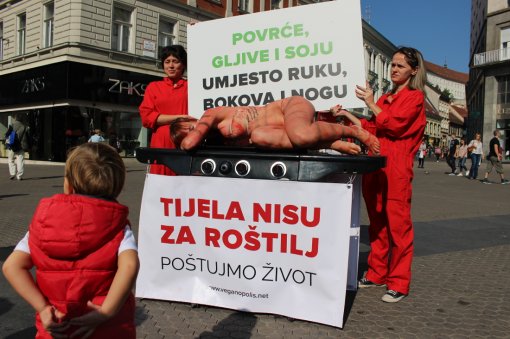 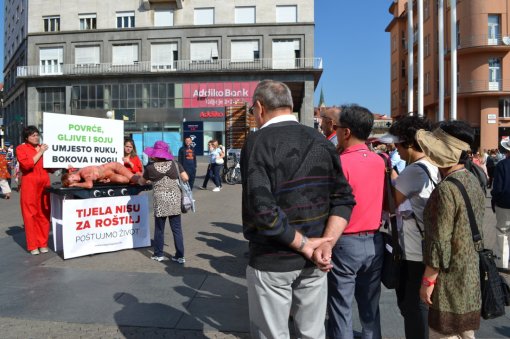 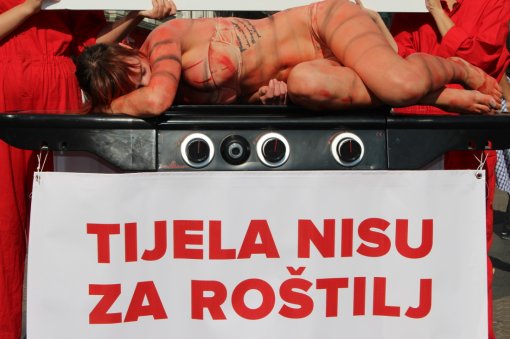 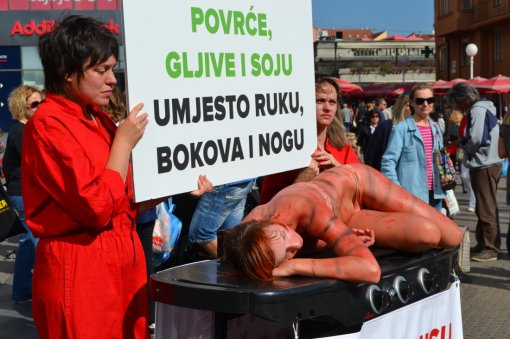 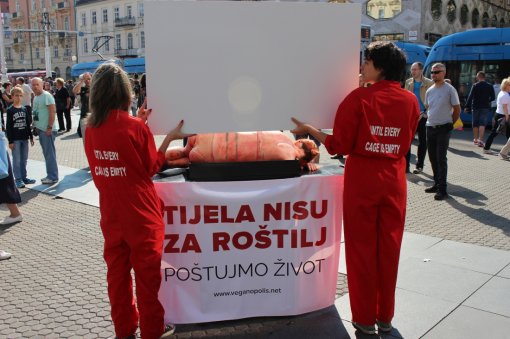 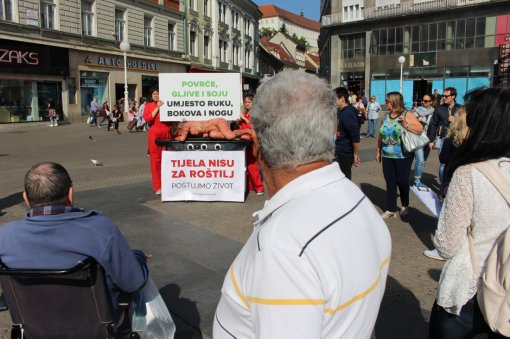 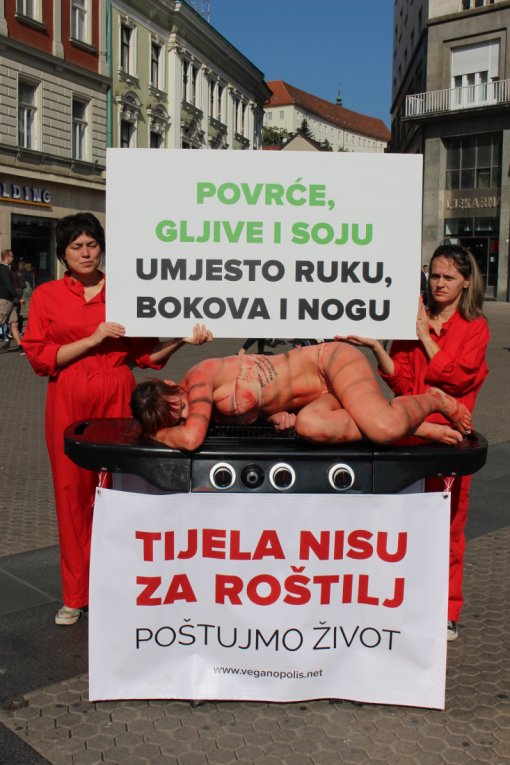 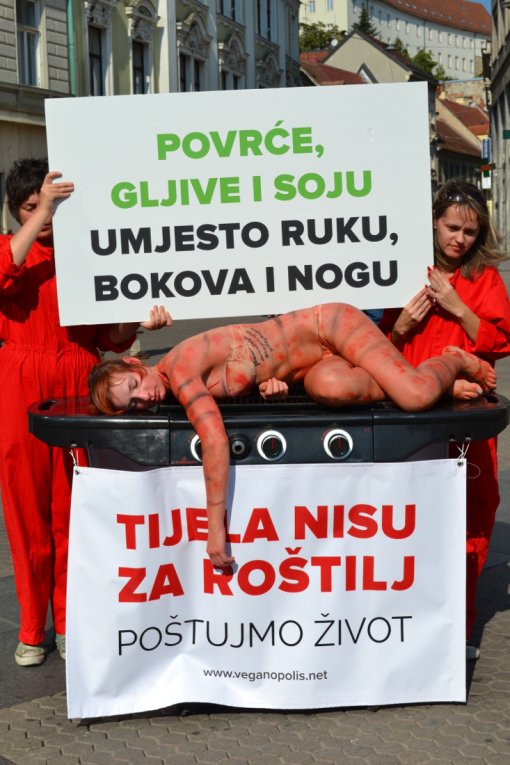