Again this year, Animal Friends is launching the campaign "Family to the Seaside, Dog to the Street?"

Animal Friends, in collaboration with the City Office for Agriculture and Forestry of the City of Zagreb, is continuing with the campaign "Family to the Seaside, Dog to the Street?", in order to raise public awareness about the problem of abandoning animals and urge the public to adopt abandoned animals instead of buying them.

Every year, the number of abandoned animals is on the rise; they wander into the streets and are in danger of being wounded or killed by cars, starvation, thirst and molestation. Citizens who throw their former family member to the street are violating the law and showing an irresponsibility and lack of empathy towards the helpless animals. They also shift the responsibility for the animal to compassionate citizens and overcrowded animal shelters.

In this years' "Family to the Seaside, Dog to the Street?" campaign, the funny actor-TV host couple Igor Mesin and Rene Bitorajac are warning the public about the need to be responsible for animals who are members of the family. They are featured on billboards saying: "With Granny or at the Seaside, by Autumn We Are Back Together!"

The ads will be positioned in Zagreb and other Croatian cities during the summer, and will send a clear message to citizens to not abandon animals.

During the shoot, Igor Mesin said, "There is no justification for abandoning animals. One can always organize some sort of pet sitting. Besides, the sea is good for dogs." Rene Bitorajac added, "Anyone who is able to abandon an animal cannot be good to people either."

The beautiful dogs on the ads are the puppies Barnie, Bernie, Bornie, Rona, Bara, and Virga. Adult dogs Vuki and Kety also took part in the photo shoot. They are just some of the numerous abandoned animals from the Zagreb City Shelter for Abandoned Animals in Dumovec. This campaign, apart from sending positive and happy message, also invites people to adopt abandoned animals from the ad, as well as other animals which are currently in shelters all over Croatia.

Although abandoning animals is a misdemeanour punishable with a fine of up to 15,000 kunas, there are still many abandoned animals in Croatia, and they are being thrown out onto the streets all throughout the year. There is also a shortage of no-kill policy shelters for abandoned animals. Programs of education and adoption of animals are needed, too.

Photographs for the project "Everyone is Here!" were taken by Goran Katic in the studio of the Omnibus association. Boris Banovic was the stylist, Nives Spajic was the make-up artist, and Maja Zaklan designed the ads. The City Office for Agriculture and Forestry of the City of Zagreb, Iskon, Zale, Arto, Europlakat, Vektor Grupa, Autokuca Cindric and Replay also supported this campaign. 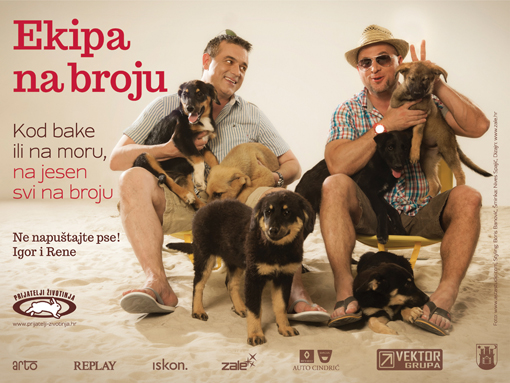 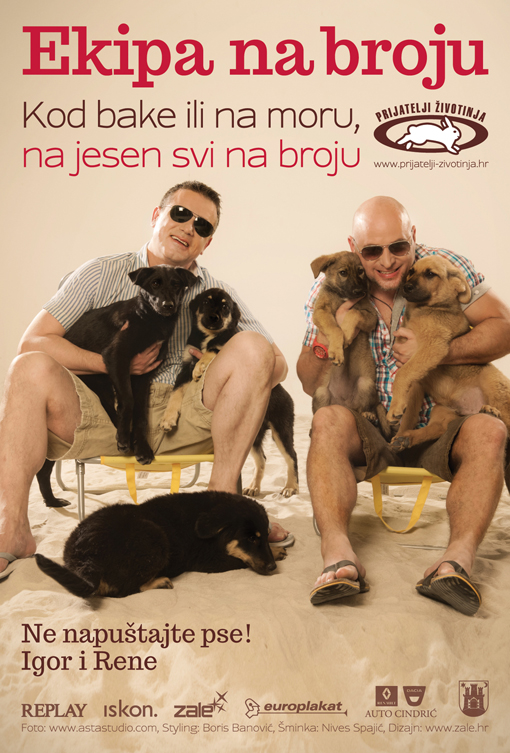 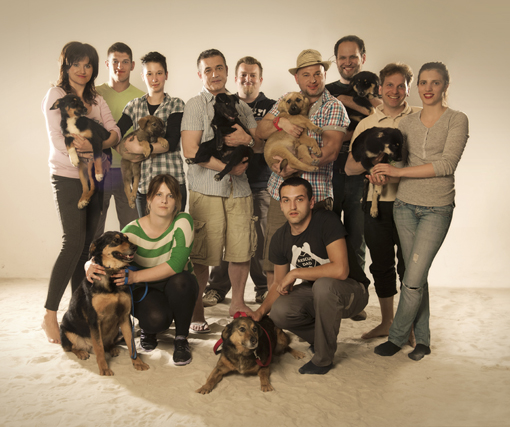