- Going vegan for the salvation of biodiversity: stop the daily extinction caused by the need for meat, milk, and eggs

On the occasion of World Environment Day which is marked on July 5th every year, Animal Friends Croatia organization invites citizens to act in the direction of saving planet Earth and all of its inhabitants. World Environment Day has started being marked in 1972, and it is an important asset of the United Nations for increasing awareness and action for preserving our environment. This day is marked in more than 140 countries all over the world, and the topic of this year’s World Environment Day is biodiversity. Biodiversity keeps us alive and it is of the utmost importance to keep it intact.

The new report on environmental protection from the UN, which showed how about a million species is in the danger of extinction, puts the blame mostly on the intensive industrial animal farming. Of all the causes of losing biodiversity stated in the report, such as deforestation and destroying swamp areas, too much hunting, climate changes, and pollution, animal farming for food is the main cause of deterioration. 60 percent of the global loss of biodiversity can be ascribed to livestock farming. Deforestation made because of farming billions of animals for human consumption destroys indigenous plant and animal species as well as their habitats. In addition, animal farming takes nutrients from the soil and pollutes the environment because farm waste run-off causes healthy ecosystems to degrade.

Animal farming in a great amount contributes to the gas release which accelerates global warming, at the same time making our environment more susceptible to the effects of climate change. Animal agriculture takes water and area from the planet. According to the recent WWF International report, in the recent 40 years, 52 percent of all wildlife has disappeared. The rate of global warming today is 3-20 times bigger on average than in the last 10 million years. Today’s extinction is caused by human activity and it occurs 1 000 times faster than the natural extinction rate. Around 50-150 species go extinct on a daily basis, and annually even up to 55 000.

Animal Friends Croatia says: “Climate change, water shortage, deforestation, pollution and animal extinction are problems which affect all of us. Buying and using animal products has considerable effects on the environment and biodiversity. Cows are being farmed for hamburgers and milk products, chickens for eggs, pigs for meat. Every animal farming requires land, water, oil, and it creates emissions of toxic gas and pollution. Luckily, the damage caused by animal farming is the easiest to eliminate, because every animal product can be replaced by a plant one, which ultimately has a significantly smaller influence on the environment. By choosing plant products we can improve the health of the whole planet and save its inhabitants from extinction. So the appeal for nutrition change is very much appropriate for the marking of this year’s World Environment Day”.

You can find a lot of information here about the influence our nutrition has on the environment and on the animals. At this site, you can also find vegan recipes, and at www.veganopolis.net you can apply for a free service that can send interesting and incentive e-mails to everyone who is interested every day for a month.

“If we want future generations of people and other animals to have their habitats on this planet, it is necessary for us to stop consuming meat, milk, eggs, and honey, and to turn to plant cultivation which can ensure our sustainability and biodiversity. Let World Environment Day be an incentive to think about and find information and ways to change ourselves in order to save the world”, conclude members from the Animal Friends Croatia. 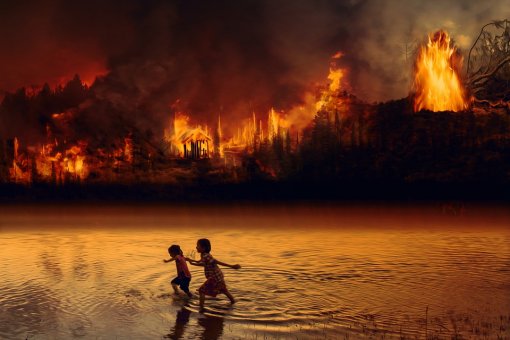