In the run-up to the local elections, Animal Friends Croatia addressed all political candidates, urging them to include animal protection as part of their program. "We urge citizens to choose those candidates who will implement the Animal Protection Act in their area and improve the existing situation, while we encourage the political candidates to think about how they can improve the protection of life, health, and welfare of dogs and other animals, at minimum in accordance with the provisions of the Law, though it would be desirable if they did more than that. Many important changes often do not require money, but only good will ", stressed the Association.

They say that so far they have received answers from 80% of local communities and that it is already clear that there are big differences between them: “While some cities and municipalities have done a lot in the implementation of the Law, some have not done anything. At the same time, it is obvious that money is not the issue, but all is dependent on the good will of the responsible chiefs and mayors. Money which is meant for the care of animals is not spent on animals themselves, but because of irresponsible citizens, so the implementation of the Act helps both the people and the animals. Therefore, we question how much the candidates for the elections are aware of the legal obligations of their local communities. ”

After collecting and analyzing all the questionnaire answers, Animal Friends Croatia will advise each local community and recommend how to implement or improve the execution of the Act. In particular, they will point out the importance of producing contracts with non-profit shelters or associations that run or can run these shelters if they are willing to establish them. All data collected with the help of this questionnaire will be shared with local and regional government units, as well as with the Ministry of Agriculture.

"Animal protection is not an unimportant or peripheral political issue. On the contrary, the degree of awareness and the implementation of the Act and the neglect of regards towards animals and the environment are always reflected in the quality of human life. Therefore, Croatian citizens expect already established standpoints about the protection and rights of animals from their political candidates, and they will choose those who care for animals and protect them by implementing the Law ", Animal Friends Croatia concluded. 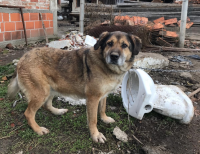