On the occasion of the World Health Day, Animal Friends will hand out 10,000 soy puddings

THINK OF WHAT YOU EAT for your own sake and for the sake of others, is the campaign slogan for the World Health Day 2006, which Animal Friends marks as a member of EVU (European Vegetarian Union).

Animal Friends wants to warn citizens about many serious diseases caused by the habit of eating meat or other animal products and to remind them of animal diseases such as the recent outbreaks of the bird flu or Mad Cow Disease. Because of man's arrogance of eating meat animals are being held in unnatural conditions, their tortured bodies are filled with hormones and drugs, their food contains pesticides, leftovers and often processed bodies of their own species.

The distribution of soy puddings in Zagreb, on the World Health Day, April 7, Friday, will take place in elementary and high schools and on the info stand. The info stand will be set on Friday and also on Saturday, April 8, at the corner of Varsavska ulica and Petar Preradovic Square, so everyone interested could come and get the vegan treat.

Soy puddings with chocolate or vanilla flavor and info materials about vegetarian diet will also be handed out in schools and on info stands in Split, Rijeka, Karlovac, Varazdin, Virovitica, and Osijek.

Animals which are exploited for human consumption often suffer from diseases such as abscess or malignant tumor which often wind up in minced meat, salamis, hotdogs, and paste.

To meat chemicals are added such as additives to boost growth and cause fast fattening, as well as oil derivates. Animals are being force-fed, they get injections of growth hormones, appetite stimulants, antibiotics and sedatives. Because of stacking of these substances in animal bodies, it happens that concentration of pesticides in meat is 14 times higher, and in dairy products 5,5 higher than in vegetables.

On private homesteads animals are being fed with household food leftovers which contain meat products and rotten food.

"If people were aware how much less physical and mental diseases would they have, they would switch to vegetarian diet right away." - Olivija Holjac, Medical Doctor

"Vegetarianism is getting ever more popular around the world, and we can say it is an evolutional step in development of man's eating habits." - Suzana Marks Otmacic, Food Technologist

"Vegetarianism is rapidly spreading over Croatia and worldwide; it doesn't have to be complicated at all or reserved only for certain groups of people." - Zeljka Lukesic, Nutritionist

On this occasion we invite you to a concert and promotion of album "Antigravitacija" of the band Hakuna Matata. It will take place in Zagreb's Tvornica culture club. An hour before the promotion, on April 6 at 8 P.M., there will be a vegan feast and a press conference.

Hakuna Matata is a band which promotes animal rights, animal welfare and vegetarianism as ethical and healthy diet. The band also supports the work of Animal Friends. 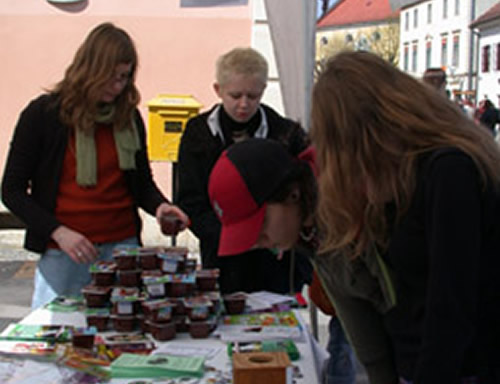 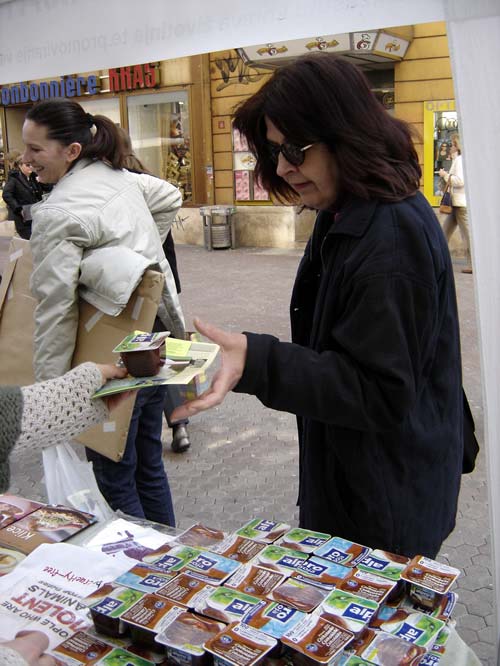 At the Hakoona Matata concert