- Others have stopped the breeding, but one breeder and his associates regularly send hundreds of chinchillas to be skinned

Animal Friends Croatia have again reported chinchilla breeder Bruno Ivancan and asked the Ministry of Agriculture to forbid him from breeding chinchillas and sanction him due to breaking the Animal Protection Act. Even though it will soon be two years since Croatia has banned breeding animals for fur, breeder Ivancan, with his associates, is the only one who continued breeding chinchillas for fur, openly mocking the law.

Ivancan has publicly admitted breaking the law in his recent media appearance. He made a claim that his business is surviving thanks to a buyer in Hungary, but also complained how he gets a lower buying price for the animals than his competition does because he has to export chinchillas alive, which means that he is not breeding them to sell as pets, but for fur. Animal Friends Croatia have also obtained the information that Bruno Ivancan’s company has regular deliveries with hundreds of chinchillas to Hungarian company Wanger, which buys chinchillas and kills them for their fur. Depending on fur quality, some of the chinchillas are killed immediately, some six weeks after the import, and only a small number is left for further breeding. All of this is a clear example of audacious contempt for the law!

Ban on breeding animals for their fur was established by the Animal Protection Act back in 2006, and entered into force on January 1st, 2017, after a 10-year phasing out period. During that period, a great majority of breeders gave up completely on chinchilla breeding and reoriented their business. Others have stopped with the breeding immediately after the ban entered into force, sold off their cages and sold or put up for adoption the remaining chinchillas, while Animal Friends Croatia helped with the adoption process. It is shameful and unjust towards all the other former breeders, who all respected the law, that one breeder and his associates still breeds chinchillas for their fur and remains unpunished, twelve years after the ban was announced and two years after it came in force.

After fur farming ban entered into force, Bruno Ivancan re-registered his company to farming chinchillas for breeding purposes and continued exporting them to the same Hungarian company as he did before, while all the farming and breeding is done for the purpose of fur production. Namely, there are only two types of farming chinchillas for breeding – either for fur production purposes or for selling them as pets. Considering that the demand for chinchillas as pets is exceptionally small, both in Croatia and abroad, every chinchilla farmed in Croatia, regardless of where it is killed, is a part of breeding for fur, a fact also pointed out by legal experts.

Animal Friends Croatia have warned that the Ministry should put an end to cheating and manipulation on part of the breeder as soon as possible and stop further playing the law which the Ministry itself wrote. They believe that the law is valid for everyone equally and that it is about time for the ministry in charge to protect the Act, the will of the citizens of whom more than 73% are against breeding for fur, and the legislative bodies which voted for the ban, to the pride of whole Croatia.

In other countries which banned fur farming, such as United Kingdom, Austria, Slovenia, Macedonia, the Czech Republic, the Netherlands, and others, there were no such problems, because, where breeding is banned, then it is really banned in the practice, not only on paper.
In addition to breeding animals for fur being cruel, farming and fur production are exceptionally harmful to the environment and human health, and contribute to resource mismanagement. Therefore, in the European Union and abroad, there is a growing number of countries that banned breeding animals for their fur or have other legislation which makes such breeding impossible.

Animal Friends Croatia point out that it is due time to start implementing the Animal Protection Act and sanctioning violators. For more information and the legal experts’ opinions on the implementation of the fur farming ban, click here. 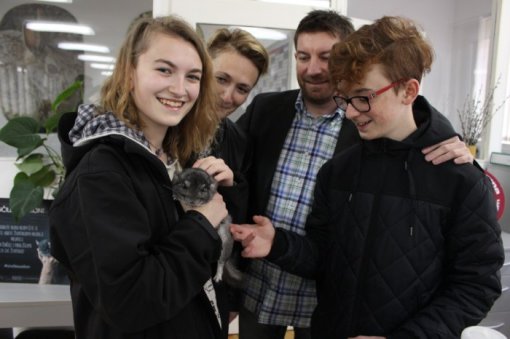