Over 50 billions of innocent animals every year are killed for man's desire for eating their dead bodies - their necks are slit, their bodies chopped up, labeled as this cut or that, and wrapped in cellophane for the supermarket meat case. But animals are much more than walking entrées. They have personalities and feelings and form families and friendships if given the chance, they bleed when slaughtered and have the right to live their lives, just like we do.

Therefore, Animal Friends' activists will on May 5, 2005, at 12 noon, at Ban Jelacic Square, wearing almost nothing but paint markings send a message that we all have the same parts and that horrible conditions of factory farms and violent act of slaughter cause equal physical and psychological pain as it would be to humans.

Activists will ask passers-by to have a heart and to go vegetarian and in that way refuse to participate in brutal slaughter of the innocent animals and in the consumption of their tortured bodies.

Factory farms deny animals everything that is natural or enjoyable to them, confining them to filthy, cramped cages, stalls, and sheds, where only a steady diet of drugs keeps them alive long enough to be prodded to the slaughterhouse.

When they arrive to the slaughterhouse, 30% of all hens suffer from fresh bone fractures. Rapid hanging of them on the assembly line increases that number what results with 88% of hens with broken bones when they are finally prepared for the slaughter. Because of the intensive breeding and feeding, over 90% of broiler chickens have troubles with walking and at the age of 6 weeks the rate of heart attacks, infections and other illnesses caused by rapid growth is highly increasing.

Factory-farmed pigs because of sleeping on the concrete floor often suffer from swollen ankles, their skin is peeling off, and have severe injuries and infections on their feet. Because of bad quality of air in the sheds over 70% of pigs have ammonia or other respiratory disease. Food concentrates used for feeding pigs is inappropriate for their natural needs so they often develop damages of internal organs, especially of the liver.

In order to prevent factory farmed animals from injuring themselves because of stress and the confined spaces, following procedures are used. Chickens undergo debeaking, pigs undergo tail-docking and castration, calves are dehorned, marked and castrated by yanking of testicles... all without any pain relief. All animals raised for food live in a constant stress and fear. Transportation brings further suffering, hunger, thirst, heat, cold and the lack of space.

Factory-farmed animals are made of flesh, blood and bones, they have the same bodily organs, the same five senses, and the same range of emotions, just like humans do. They feel fear and pain, don't want to die violently, and feel intensive pain when slaughtered. By switching to the healthy, non-violent and ecological vegetarian diet, every individual can make direct impact on stopping of the unnecessary animal suffering. 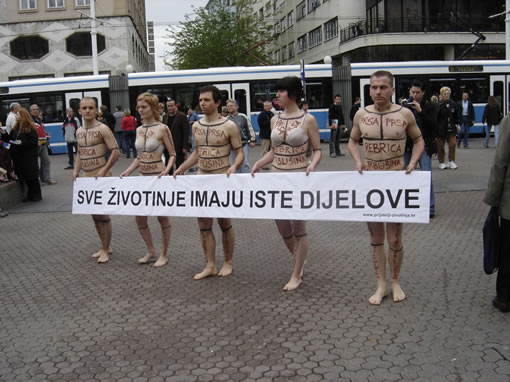 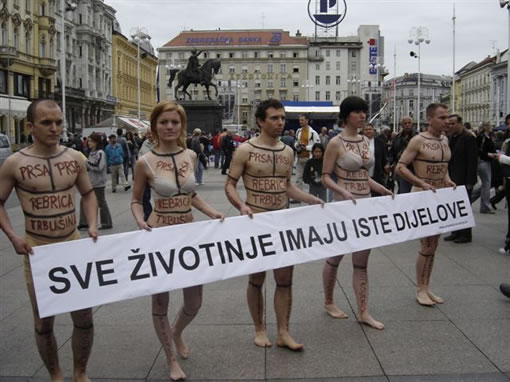 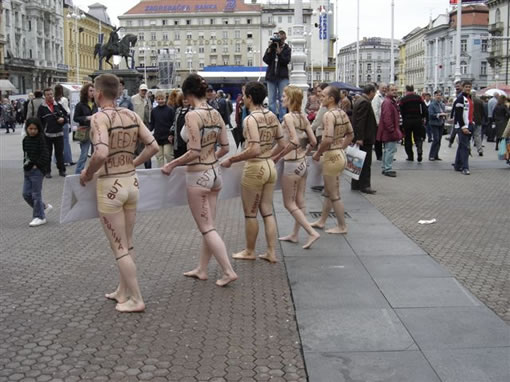 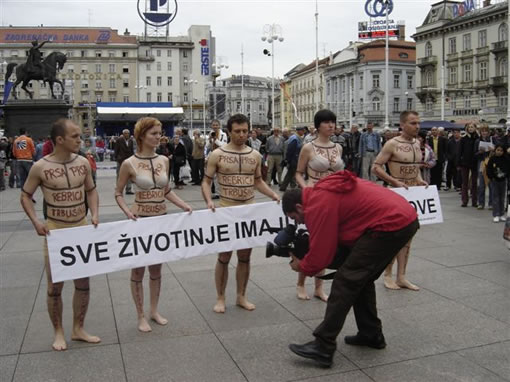 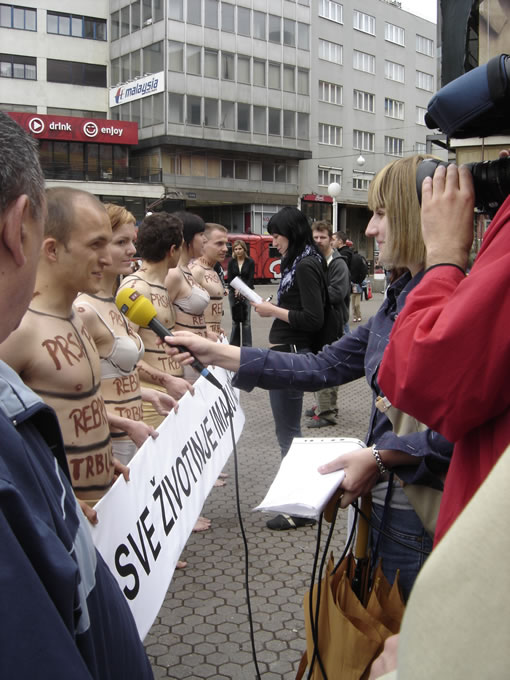