Report from the Demo

Approximately 400 people protested in Zagreb for urgent re-opening of shelters!

About 400 citizens from all parts of Croatia pointed out the illegal actions of veterinary inspectors and their innocent victims on todays protest for cessation of killing healthy dogs and cats and urgent re-opening of shelters in Zagreb. Staff of Dumovec and Noah's Ark also
attended the protest, as well as the caretakers whose animals were killed by veterinary nspectors, animal rights activists, musicians Ibrica Jusic, IFEEL and the band Picksiebner and many citizens with banners and shirts with the pictures of the killed animals. Luka Oman, president of Animal Friends said that veterinary inspection is also killing in Benkovac, where a non-killing shelter was destroyed due to the veterinary inspector decree, and during devastation three puppies were crushed beneath the walls, and that the urgent legal and moral reform of the veterinary inspection is really necessary. He pointed out that citizens demand veterinary inspection which would honestly defend life of every animal instead of using holes in the law that allows them to be killed. They also expect Minister Jakovina to keep his promise about law changes and elimination the possibility to kill the animals after 60 days spent in shelter. Animals Friends is aware that rabies is dangerous disease, but by killing healthy animals veterinary inspection caused citizens disbelief and possible expand of rabies in case of real danger. He added that AF will continue to protest until the shelters re-open and that instead of numbers, they want to show the faces of the killed animals who just supposed to spend their lives in their new families, but they were punished for being abandoned in the first place. 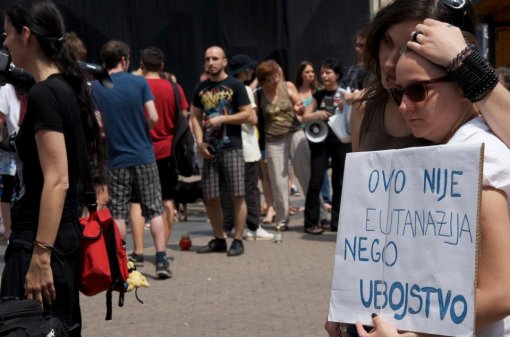 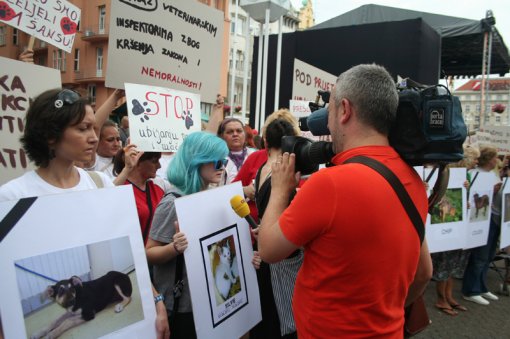