Ivana Kindl, IFEEL and Ribafish demonstrated that the summer heat can be lethal to animals

Following the rock band Vatra, advocating adoption and calling for an end to animal abandonment from billboards across Croatian cities this summer, other celebrities have rallied for helping animals during the summer months.

The blistering heat wave gave singer Ivana Kindl, hip-hop artist IFEEL and journalist Domagoj Jakopovic Ribafish a good reason to lock themselves in a car in the middle of a hot summer day – they wanted to feel what dogs locked inside hot cars must feel like. Even the cracked windows didn't keep Ribafish from getting out of the car after a short while, exclaiming: "Don't do that to your pets, don't do that to animals, don't do that to anybody!" Ivana Kindl and IFEEL lasted less than half an hour and got out with their clothes plastered to their bodies. They had a hard time dealing with the heat, but a locked-in animal, unable to understand what is happening to them, would have a much harder time after only five minutes, and might not survive if left in a car for a longer period.

IFEEL reflected on the experience: "Ivana, Ribafish and I decided to put ourselves in the position of a dog left in a car in the middle of a summer day and see how long we can last. I believe that people who leave their dogs in the car don't realize how dangerous that could be. Watch the video and you'll understand what a terrible experience it was."

"We knew that we could get out of the car whenever we wanted, but I can only imagine what it must be like for a dog who doesn't know what's happening. It gets hotter by the minute. It's pure hell", he added.

If you think that your dog can wait in the car while you briefly stop in a supermarket or run errands, you risk the temperature inside the car reaching deadly levels in only a couple of minutes! Dogs can cool only through their tongues and panting, so their bodies are significantly more susceptible to heat. Dogs might die in five minutes even with the windows cracked!

Singer Ivana Kindl had featured in Animal Friends Croatia's campaign against abandoning animals. The singer and her cat Woody appeared on billboards advocating conscientious caretaking and the importance of spaying/neutering of cats and dogs to avoid the abandonment, suffering and death of unwanted animals.

Hip-hop artist IFEEL advocates compassion toward animals in his lyrics, and has participated in campaigns against animal abuse and the killing of dogs in shelters. He features on billboards announcing this year's ZeGeVege Festival, taking place on September 4 and 5, advocating the vegan diet as a means to a healthy and active life, such as he himself has been leading as a Fitness Bootcamp trainer.

Watch the video directed by Anita Nadj about the experience of the trio in a hot car and never leave your animals unattended in the car in the heat. Provide animals with constant access to fresh water and shade, because they too have to survive the summer heat. Don't forget homeless animals, and leave a bowl of water for them. Visit the shelter in Dumovec or some other animal shelter, and choose adoption instead of buying.

Watch this interesting and educational video at our YouTube channel or below: 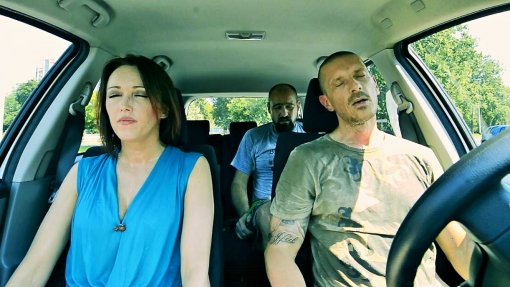 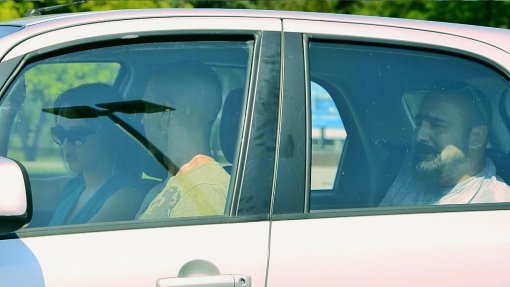