After numerous complaints and eyewitnesses from our organization, Animal Friends reported the Kaptol Center (and many other stores such as Iris, Lisca, Labud, Biofram, etc.) because of breaking the Animal Welfare Act that forbids the holding fish in shop windows.

These fish are kept in bowls without any filters which causes suffocation, whilst the reflection from the glass bowls is causing them terrible headaches. From our experience so far, we know that even the workers in so-called pet shops do not have enough training or education on the animals they are selling, as a result we are receiving so many calls on neglect of these animals. The fish from the Kaptol Center are left in the hands of irresponsible individuals who didn’t go through any education about the care for these animals. This is why we doubt that their water is changed regularly or that anybody takes care about their welfare, health and lives at all.

We consider it unacceptable to use animals for marketing purposes by forcing them to act unnaturally or to hold them in inapropriate and humiliating conditions, as well as keeping live animals as decoration in shop windows. Article 20 and Article 23 of the existing Croatian Animal Welfare Act are sanctioning such use of animals.

This July, Animal Friends for the same reason reported Roberto stores in Ilica 20 and Gunduliceva 3 to the Veterinary inspection after complaints of the citizens about fish being exposed to the summer sun in the windows of these stores.

In January this year, Animal Friends reported the gallery Klovicevi dvori to the Veterinary inspection due to the inappropriate keeping and exploitation of fish for the "Enigma of the Objects" exhibition. One of the exponents in the dark room were aquaria that had a screen with constantly changing images of aggressive color and rhythm. According to a man who worked there, every day a new delivery of fish came because so many fish died in there. In this case, by using fish for "artistic" purpose, apart from the Article 20 and Article 23 of the Animal Welfare Act, Article 5 of the same act was broken too.

In December of the year 2004, our organization reported to the Veterinary inspection about a winning game that was offered on Zagreb Fair where goldfish in glass-bowls were the target for visitors who could aim the bowl with a little ball and win a price. Once the fish died due to these obvious consequences they were replaced by new fish that also served as a price hanging besides in plastic bags.

Last summer, the pet shop Tukano was giving a goldfish to every student as a reward for passing the grade with A, which again was a very irresponsible treatment of animals concerning the fact that people didn’t have the aquarium nor any other necessary paraphernalia, which resulted in the agonizing death of these fish.

Next to the pet shop Tukano, there is a shop named Kokolo which citizens complained about. They sold for example Siamese fighter in a container (a small case) dimension of about 3 cm x 5 cm, which almost is the size of a matchbox. The water they were "swimming" in was only about 2 cm deep.

Since these fish are treated like emotionless beings and due to the deficiency in the existing Animal Welfare Act, Animal Friends is inquiring and working on the change of the same, which besides already banned, would be total prohibition of keeping of fish in bowls without filter (as practiced in Italy for example) as well as giving the fish as award, as already banned in countries like Great Britain. 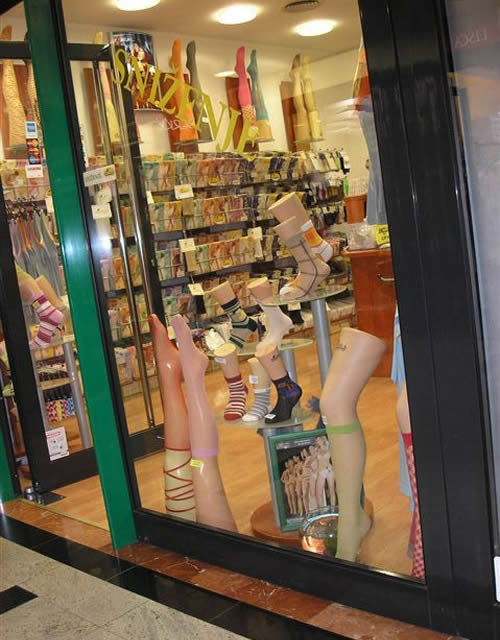