Animal Friends warns about the health hazards of wearing fur

- Studies on fur clothes showed high levels of toxic substances; the presence of toxins also in clothes for children

Do not buy and do not wear items made of fur due to cruelty to animals. You are aware that fur is not ecological, that natural resources such as drinking water are relentlessly being consumed and that we are polluting the environment. You found out that toxic chemicals harm workers in production and people living nearby. But did you know that the production of fur is disastrous to human health and for those who wear it? Research in Germany, Denmark, Switzerland, Netherlands and Italy found in fur items presence of toxic substances in concentrations higher than those allowed!

It is particularly concerning that the toxins are found in children's clothing with fur accessories. A study in Italy determined that it has been also found in the well-known fashion brands. The last study, conducted in the Netherlands, testing fur items for children from known fashion brands found excessive levels of hazardous formaldehyde and ethoxylates.

Toxic substances often remain in the fur clothing and expose consumers to health risks. Most tested fur items, such as hood edge, showed high levels of chromium, formaldehyde and ethoxylates, which can cause irritation, allergies, cancer and hormonal instability. When wearing such items, toxic substances absorb through the air or through the skin. Ethoxylates in the human body can stay up to twenty years, causing chronic health problems.

Although the fur industry claims that fur is a natural product, the University of Michigan study found that it takes 20 times more energy to produce fur coat than artificial fur. It is a very unnatural process in which the fur deterioration is prevented by treatment with a number of hazardous chemicals, which are heavy polluters. After primary fur treatment it is common to use additional toxic substances such as thinner and paint. This is resulting in great damage to the environment and that is the reason why animal breeders for fur production and owners of facilities for the processing are often punished.

At the same time, fur production workers are exposed to hazardous substances and increased risk of developing leukemia and cancer. Animal fur products are dangerous for those who work in the production but also for those who wear them! We should not forget that animals in the fur industry die by gassing, neck breaking or electrocution.

Regarding the health hazards of animal fur items and harmfulness of such production for the environment, Animal Friends invites consumers not to support such products. With numerous available materials on the market there is no valid reason to use animal fur.

In 2007, Croatia introduced a legal ban on breeding animals for fur, with a transition period of 10 years. Beside obvious ethical reasons, which is why more than 70 percent of Croatian citizens supported the praiseworthy legal ban, proven harmful effects of fur on the environment and people is an additional argument to preserve the ban to become legal in 2017 to the pride of Croatia and all its citizens.

The results of an independent German research laboratory, Umweltinstitut Bremer, who did the analysis for the Netherlands. 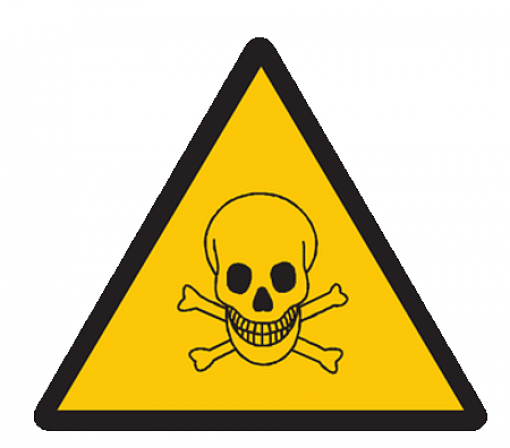