04/30/21 Legally protect dogs from being used for fighting

A dealer from Zadar illegally bred, trained, and sold dangerous dogs, many of whom were not microchipped or vaccinated against rabies. At the illegal kennel, 18 bull terriers, including six 25-day-old puppies from illegal breeding, he incited against each other, trained them to be aggressive, and increased their aggression by selection or other methods, thus retaining the most aggressive ones. This was determined by the veterinary inspection which requested the permanent confiscation of the dogs, even before the end of the urgent misdemeanor procedure, "because there is a danger that they will be used again to commit the offense." The inspection of the State Inspectorate also filed a criminal complaint about torturing animals, "severe abuse, causing unnecessary pain as well as exposing dogs to unnecessary suffering."

"This is the latest concerning evidence that dog fights are very much occurring in Croatia, which we have been warning about for years. The convicted dealer certainly did not keep so many dogs illegally due to a hobby and love, but because there is a demand for dog fights, especially among the criminal milieu. This indicates the necessity of legally protecting dogs that are most often used for fighting", they point out in the Animal Friends Croatia association.

They asked the Ministry of Agriculture to retain the obligation of castration, socialization, and education in the Ordinance on dangerous dogs for bull-type terriers and their crossbreeds from uncontrolled breeding, and for the purpose of protecting them, that the guardian is no younger than 21, that he has not been convicted of criminal offenses and that all other provisions prescribed by the Ordinance for dangerous dogs also apply to the guardians of these dogs.

"Previous experience has shown that bull-type terriers and their crossbreeds are used for dog fights in Croatia, which is why the provisions relating to bull-type terriers can prevent dog breeding for fighting, organizing dog fights, inciting dogs, and encouraging aggression. In doing so, it is important to prevent their use in dog fights by the obligation of castration because castrated dogs are not used for fighting. That is why it is important that the Ordinance on Dangerous Dogs prescribes measures not only after a dog attacks another animal or a human but also to prevent attacks by at least those breeds that we know are most often used for dog fights and aggressive behavior, ”explained Animal Friends Croatia.

They emphasize that bull terrier breeds and their crossbreeds can be dangerous for other dogs, it is almost impossible to separate them, that is, to force the bull to let the dog go or stop the attack, and often such attacks end in death for another dog. That is why dangerous and malicious individuals, through illegal breeding, most often create dangerous dogs from this breed, which are used in dog fights, not only in Croatia but in most European countries, the USA, Canada, and other countries.

Animal Friends Croatia also considers that the Ordinance should prescribe castration for dogs of large breeds from uncontrolled breeding, which is most often on the list of dogs with a large number of attacks. They explain that dogs of all breeds and sizes can bite and attack. But the problem is the attacks and bites of dogs of large breeds, which due to their genetic predispositions, size, and strength of the bite can cause severe injuries and even death. Therefore, it is important to act preventively and by means of castration prevent any unwanted reproduction of such dogs.

Animal Friends Croatia concludes that there are no dangerous dogs, but there are people who can make them such. The Ordinance on Dangerous Dogs should, therefore, by its provisions, seek to prevent attacks and fights between dogs and thus protect both those who are trained to attack and those who are attacked. 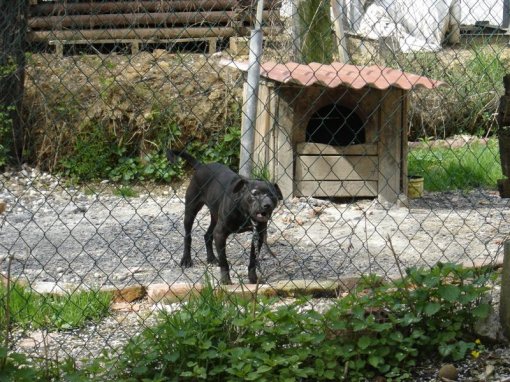